A Map of My Heart

My friend Saana is from Finland. I think I’ve mentioned her once or twice, and her little boy Kasper is a month older than Adlai and they play together just about every day of the week (mostly so Saana and I can drink coffee together, but you know, it’s all about the kids).

I met Saana last year when Adlai was only three months old, and we became fast friends. She’s married to a British man, too, and she lives a long way away from her family, too, so we have a lot to talk about.

She’s an amazing seamstress, and studied dressmaking and design when she was in college, so when she told me she was making something for my birthday, I kind of assumed it would be a cool bag, or a top, or something made of fabric.

But then she showed up at my house earlier this week with a giant garbage bag, and handed me a card that said, “I know you carry this place in your heart.”

Inside the bag, was a large picture frame – she helped me pull it out so that I saw the back first, where this note was attached… 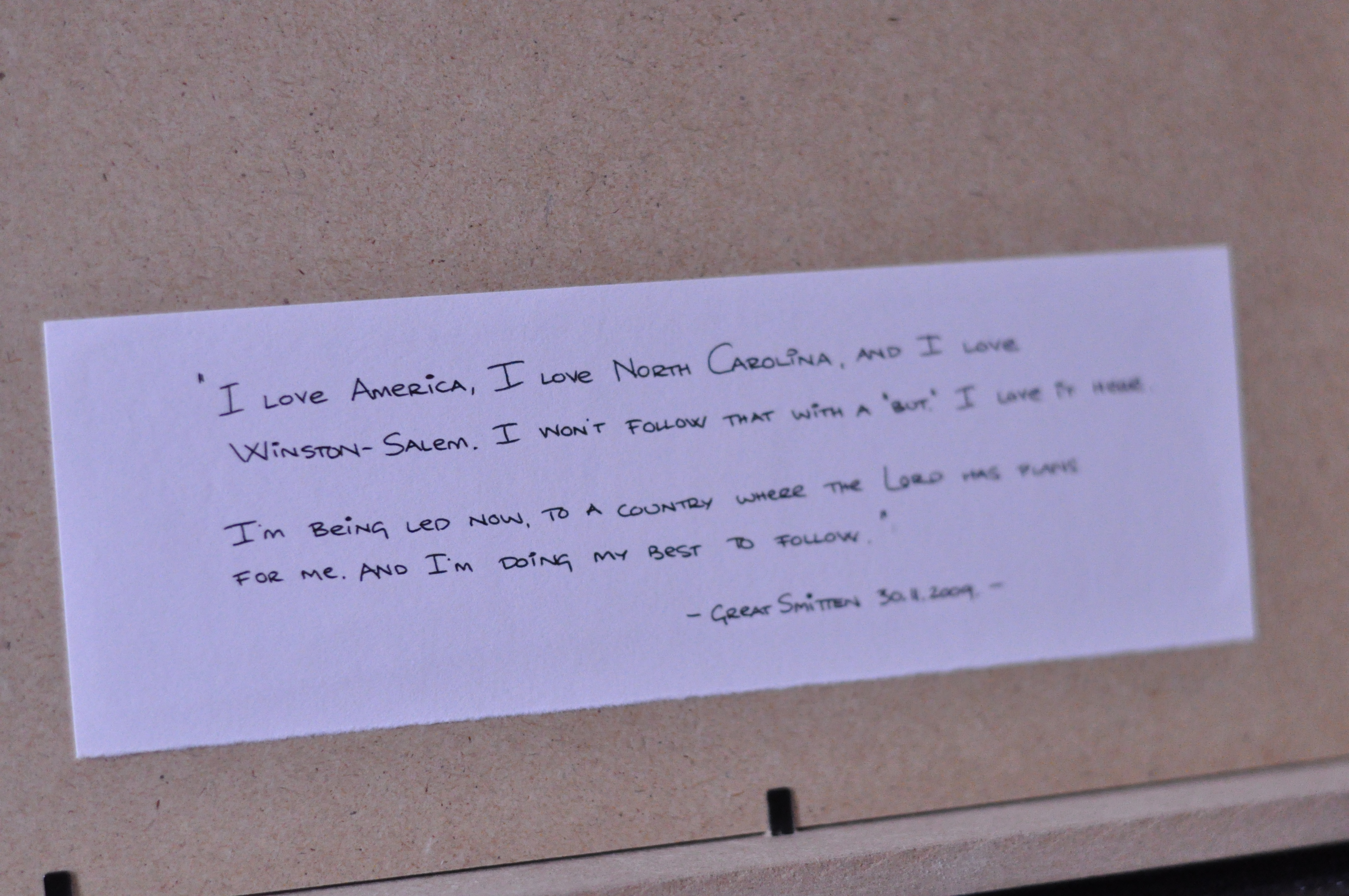 “I love America, I love North Carolina, and I love Winston-Salem.  I won’t follow that with a ‘but’.  I love it here.

I’m being led now, to a country where the Lord has plans for me, and I’m doing my best to follow.”

Needless to say, this is the point when the waterworks started.

Then I turned the frame around, and it was all over.

Ladies and gentlemen, that is a map of my beloved North Carolina made from vintage sheet music.

Some gifts just say, “I know you, and I love you.”

6 responses to “A Map of My Heart”